Most people do not realize the huge benefit of adding fresh fruits and vegetables to their diet. According to the Dietary Guidelines for Americans, most Americans do not consume enough potassium, calcium, vitamin D, or dietary fiber. Make sure you’re not part of that crowd by eating plenty of whole, fresh foods.

Choose fresh vegetables and fruits, as they are packed with nutrients, and skip the added sodium. If you do choose canned varieties, be sure to get them with no added salt. If you have to get frozen veggies, skip the sauce packet. 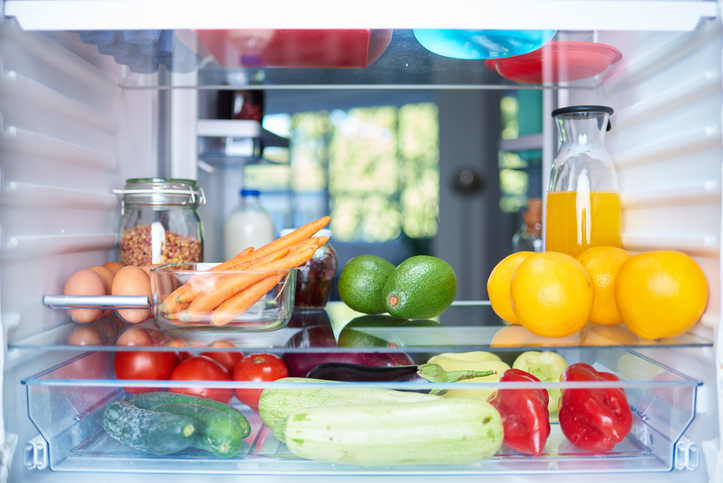 Great! So choosing fresh veggies is beginning to make nutritional sense. But what about fruit? Well, fresh fruit is free of most added sugars — unlike many frozen or canned varieties. According to the Dietary Guidelines for Americans, added sugars are being consumed far too often and in way too large amounts to be healthful. They assert, “Reducing the consumption […] of added sugars will lower the calorie content of the diet, with- out compromising its nutrient adequacy.”

So what do added sugars have to do with choosing fresh fruit more often than canned or frozen options? It turns out that quite a bit of added sugars can sneak into the latter elements. For example, one cup of sliced peaches in heavy syrup is loaded with 46 grams of sugar. An actual peach has only 13 grams of sugar.

Fruit flavored products also can be misleading. They sound healthful, but often contain very little real fruit. Only 2% or less of the ingredients in Blueberry Eggo Waffles, for example, are blueberries. There’s far more sugar than fruit in those waffles.

The Bottom Line: Real food grows. When it comes to choosing, pick whole, fresh food options more often than frozen or canned varieties. These whole foods are more nutrient-dense and pave the way to a more complete nutritional profile.